It rained so much for the first part of the month that half our yard was two inches deep in water.  The ground was so sodden it couldn't absorb another molecule of water.  Fortunately most of my garden areas are raised enough so they didn't flood.  Poor Proge who has been trying to build a short stone walk had most of his foundation bed washes out!

No I did not take any pictures of all the water!

The benefit is that we are living in a jungle!

The drawback is that we have mosquitoes the size of dive bombers!

I let my clay recycling get away from me.  I generally always have some drying so I can continue working in a smooth cycle.  Not so much this month.  Now I have clay drying.....and drying....and drying.  We're trying to figure out a way to set up a hot box that will allow allow air circulation without drying the surfaces of the clay too much.   Any suggestions?

All this is because I am bound and possessed to use all the terra cotta clay I have before buying more! 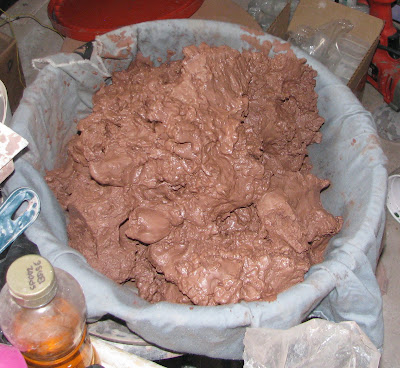 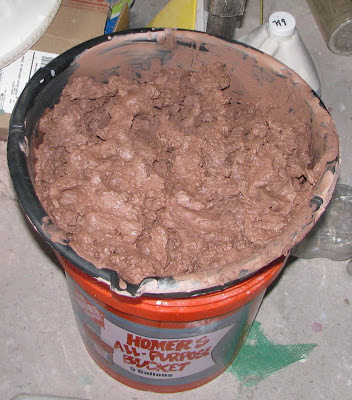 This is too late to post on Mud Colony, but I did do a post on Thursday about Rose Cabat.  Everyone should pop over take a look at what is going on in clay this week.

Many Happy Returns of the Day to ROSE CABAT

Born on this day in 1914 she is celebrating her ninety-ninth birthday today.

I don't have a photo yet to post but if you click the link it goes to her site with access to videos and images.  Also Google her for biography and images.

I guess I better stop complaining about being seventy!

I'm sure I'll be updating this, but I do want to post it on Mud Colony now.

Thank-you for all the wonderful comments on Wordless Wednesday. 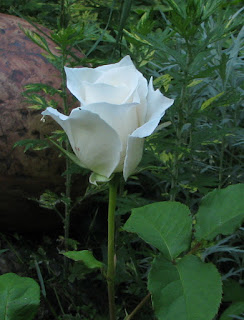 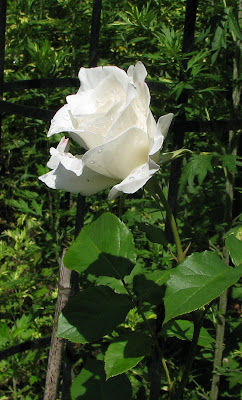 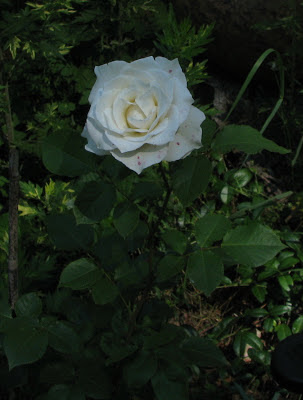 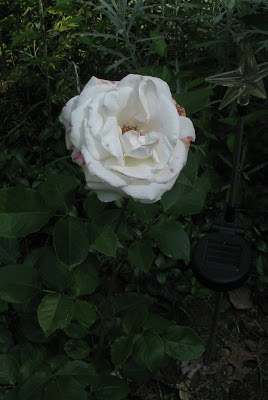 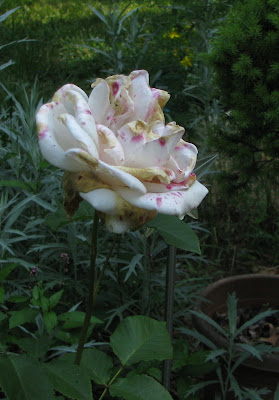 Email ThisBlogThis!Share to TwitterShare to FacebookShare to Pinterest
Labels: Life of a rose, wordless wednesday

The sun finally came out and stayed out so I haven't spent much time potting this week.  Instead I have been outside at every chance, catching up on all the stuff that needs doing.  The grass was so long the next step would have been a hay baler!

The birds were looking for water for baths, the upturned lids and shallow pans were working just fine.  The birdies probably don't care but I do so I knew it was time to get out the bird baths.  These are the ones I have kept over the last twenty-five years or so.  I also use them as pasta platters and even have carved a small turkey on one.

Some of them have cracks which I mended with epoxy, others had flaws I wasn't pleased with.  The birds seem to enjoy them. 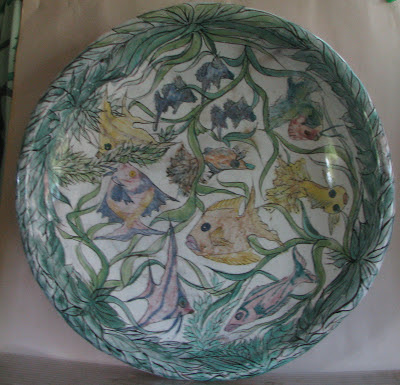 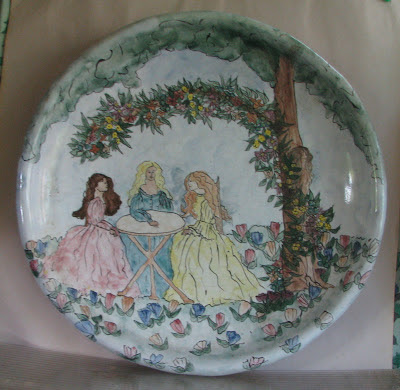 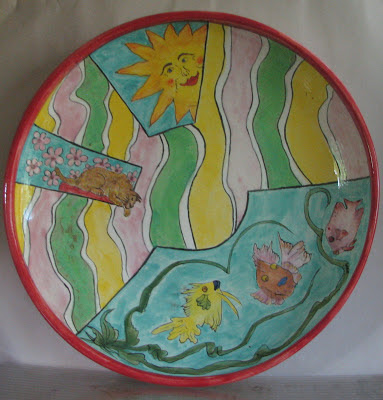 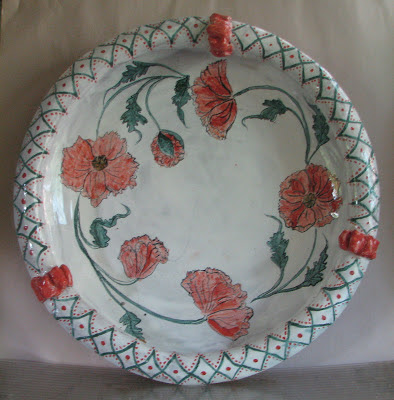 The sun is out again.  I think I finally have managed to get the pool balanced; it just needs a good vacuuming and we are set to swim....again!

This post can also be found over on  Mud Colony.  Everyone should take a look to see clay around the world!

It's the Summer Solstice!

This is my favorite time of year,  long sunny days with long twilights.  It's also a rather sentimental time as around this date we moved out here to camp for the first eight weeks and build our little house in the woods.  We live in a different house now in the same woods that still hold their magic.

Happy Solstice to All! 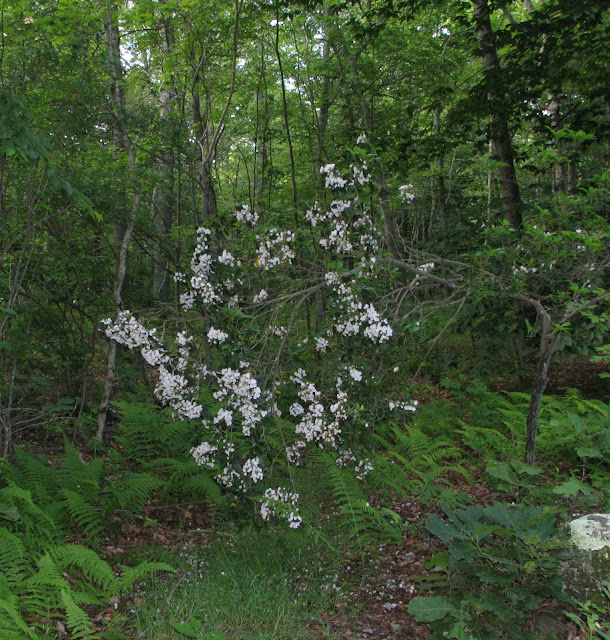 In between rain storms we visited a new pond supply place.  It's nice, but in the middle of town so it doesn't have the gorgeous landscaping our local guy had.  It's too far away to make it an easy place to get to, which may be a good thing as we aren't tempted to stop in on our way to the market and buy plants and stuff.

I did buy this iris which is going in next to the pond.  It's a blue flag, which I have been looking for after doing in the ones my sister gave me many years ago.  It was a draught and I didn't have a nice boggy place to put them.  Now I have this beauty to take its place. 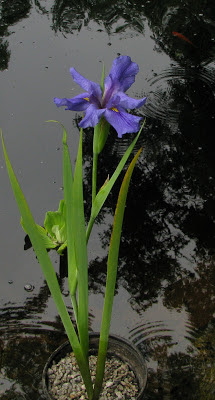 Whew!  I got this posted on Mud Colony with minutes to spare.  Now I'm back to edit and add in a few more thoughts about clay etc.

Yes these are the little cruets I posted about a month ago.  In my infinite clumsiness I managed to almost drop the one on the left and in the process managed to destroy the lid.  It's too dry to remake the hinged lid I originally made, so I am doing a simpler one which will be okay.....I guess.  Actually, it's more in keeping with the other cruet. 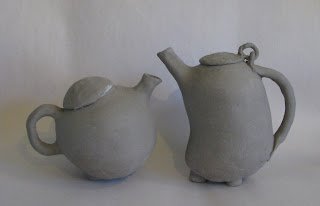 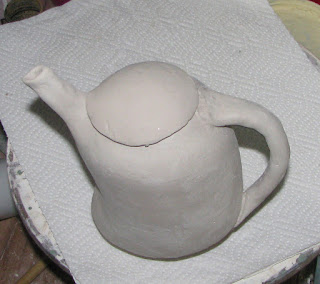 I've been making bigger bird whistles.  This time they have feet, which can lead to new possibilities.  They don't have to be bird feet after all! 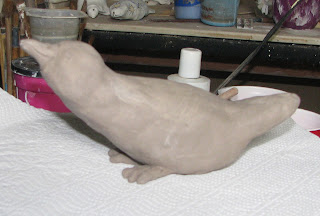 This is the start of a gargoyle.  He's really a grotesque as he is not a downspout.  This one is quite small.  I'm interested to see where this will go. 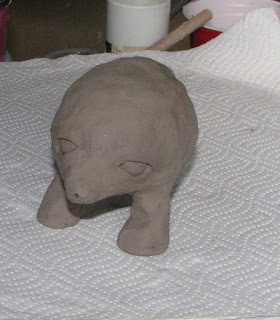 And last two of the manatees I've been decorating.  The one with stars isn't quite finished, but I am trying to simplify my designs on the smaller whistles.  I am becoming crazed doing way too much detail on such small pieces.  I like working this way...it's more gestural, which I do in drawings but not so much in clay. 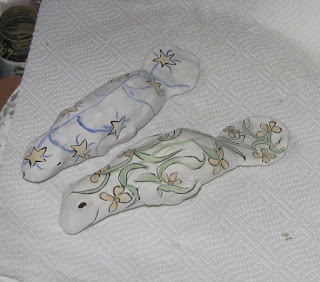 This is being posted on Mud Colony; take a look at what is going on over there.....or should I say, "Down there."?

The next post down has a picture of my father as a very small boy.  Happy Fathers Day to all those who are or act as fathers.

To all the fathers, grandfathers, uncles, brothers, nephews who give so much to all their children, thank you.  May you enjoy all that you love! 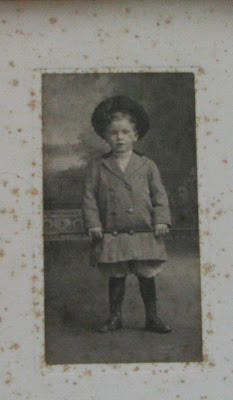 MY THAT WAS FUN!

I got up this morning only to discover that the pump had flooded.....we have a dug well with a surface pump.  If this happens it's usually in the early spring when heavy rains come through.  We have been going through another rainy spell; everything is in a state of sog.  Dealing with the flooded pump is not that difficult.  It just takes throwing the sump pump in the well and draining water below the well pump.  Then it's just a matter of resetting the circuit breaker and the over ride switch.  Doing it a 6:00AM  with no tea is the hard part....that and finding the stupid extension cord and doing it in the rain.  Ah well....it's a good time to catch up on the laundry!

We've had so much rain that flood warnings are in effect throughout most of the state.  It's not a problem for us as we live on top of a hill.

As is apparent from the picture below I've been working on the flower tower.  I may add a bit more but I try to remember to keep decorations on planter fairly simple. Live plants will finish the design.  It's fun to be working with big brushes for a change.

I took the fish picture from the deck with my telephoto lens.Sunday was our sunny day so of course I had to take the camera out. 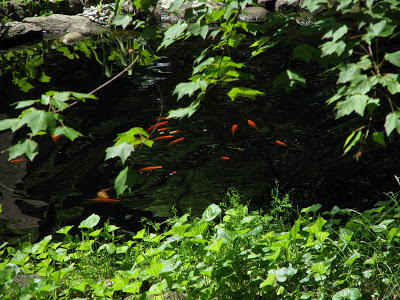 Can you see our little tree frog on the stone?  He also was out on Sunday, basking.  It's hard to believe that something that small (about 2") can make so much noise.  We think of them as a sign that summer is truly here. 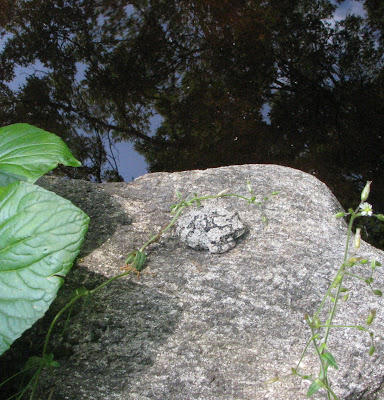 I'm spending most of the day making more bird whistles.  I'm trying to use up some of the white clay that was given to me.  It's fine for non-functional work, and once fires quite nicely, but it sucks dead monkey meat for cups, bowls, etc.  It gets so hot in the microwave that a pot holder is needed to handle it, whereas I can hold a microwaved terra cotta mug and it's just warm......says the woman with asbestos hands. At the pottery co-op I was always the one to see if the pots were cool enough to take out of the kiln because I could handle hotter pots than everyone else.  I'm not sure that was a good thing!

I am hoping that it will be dry enough tomorrow for us to go to a new pond place (our favorite local guy closed),  I dislike driving I 95 when the roads are wet because so much junk gets thrown up that visibility becomes a real problem.  We'll see, grasshopper.....we'll see.

Enjoy your day and stay dry.

We have had the the rainy leftovers, but thankfully not the wind, from the Tropical Depression Andrea.  Every thing is full to the brim, pond, pool. wheelbarrow, buckets.  The sog is here. After having experienced a drought so bad the well went dry, I don't really mind rain....as long as we get plenty of sun too.  Rain at night is ideal in my book!

The humidity has finally dropped a bit so things may begin to dry out today.  Three days of not being able to work outside really takes it's toll.  We are fast approaching 'the jungle effect'.

Needless to say it has not been optimal conditions for drying clay!  I have been making planter cylinders, possibly for sale when I get them to the point I want.  It has been so wet that after days with the forms still inside them, they were still to wet to support themselves.  A judicious use of hair dryer and heat lamps solved the problem.  I don't like to resort to heat lamps etc. because there is such a fine line between just dry enough and too dry.  I also find when working with a round shape it is oh so easy to do uneven drying......and that leads to great sadness on my part!

I think I'm going to try a more freeform version.  When I was still working with my developmentally delayed students we did a really nifty planter using a plastic newspaper bag stuffed with papers for a form.

I'm going to try to make the deadline for Mud Colony.   There's always something going on there...just click on the link. 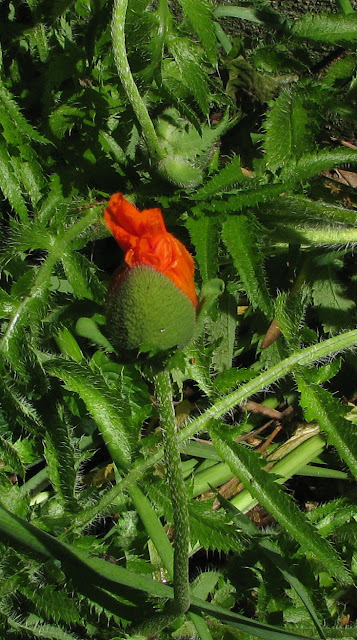 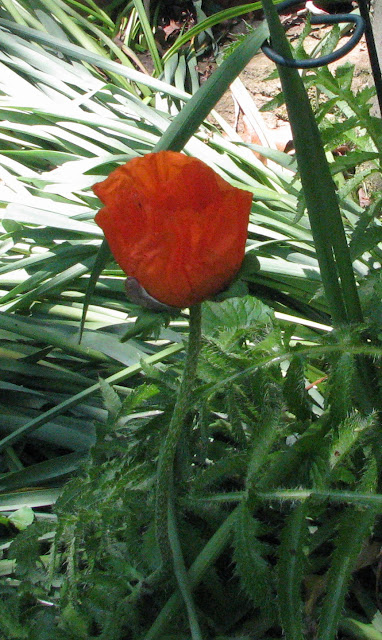 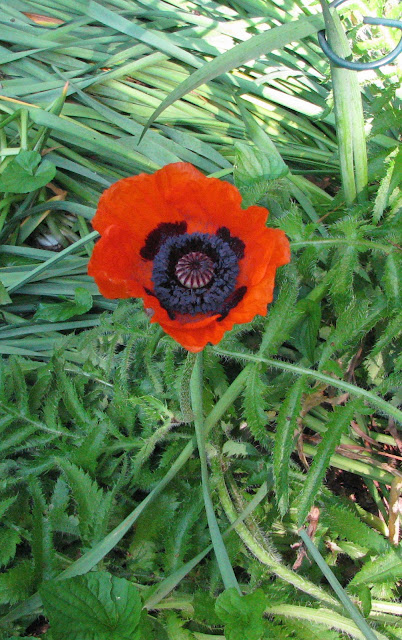