Posted by smartcat at 10:10 AM 8 comments:
Email ThisBlogThis!Share to TwitterShare to FacebookShare to Pinterest
Labels: wordless wednesday

Sweet because we are finally getting some weather that at least slightly resembles spring.  Temps are still below normal, but at least we have sun and warmth in the middle of the day.

Proge took the leaf net off and started the little waterfall because the fish were getting active.  The water is still clearing but fish are coming up to the surface.

I got out the fish nonwhistles to prepare them for going outside.  It's still too cold to be messing around in water, but they will be ready to go out in a few weeks.  I call them nonwhistles because I screwed up when I was doing the whistle parts.  I forgot to check them before putting them in the kiln.  If they don't whistle when I bisque, I can usually correct them.  But not if I forget to test them!

I'm getting to the point where I want to start adding holes for ocarinas.  I have to look at relative hole sizes on my old recorder.  I find the book From Mud to Music by Barry Hall an invaluable resource for clay instruments.  What I remember is that the tones will stay relative to each other, although shrinkage will change the key. 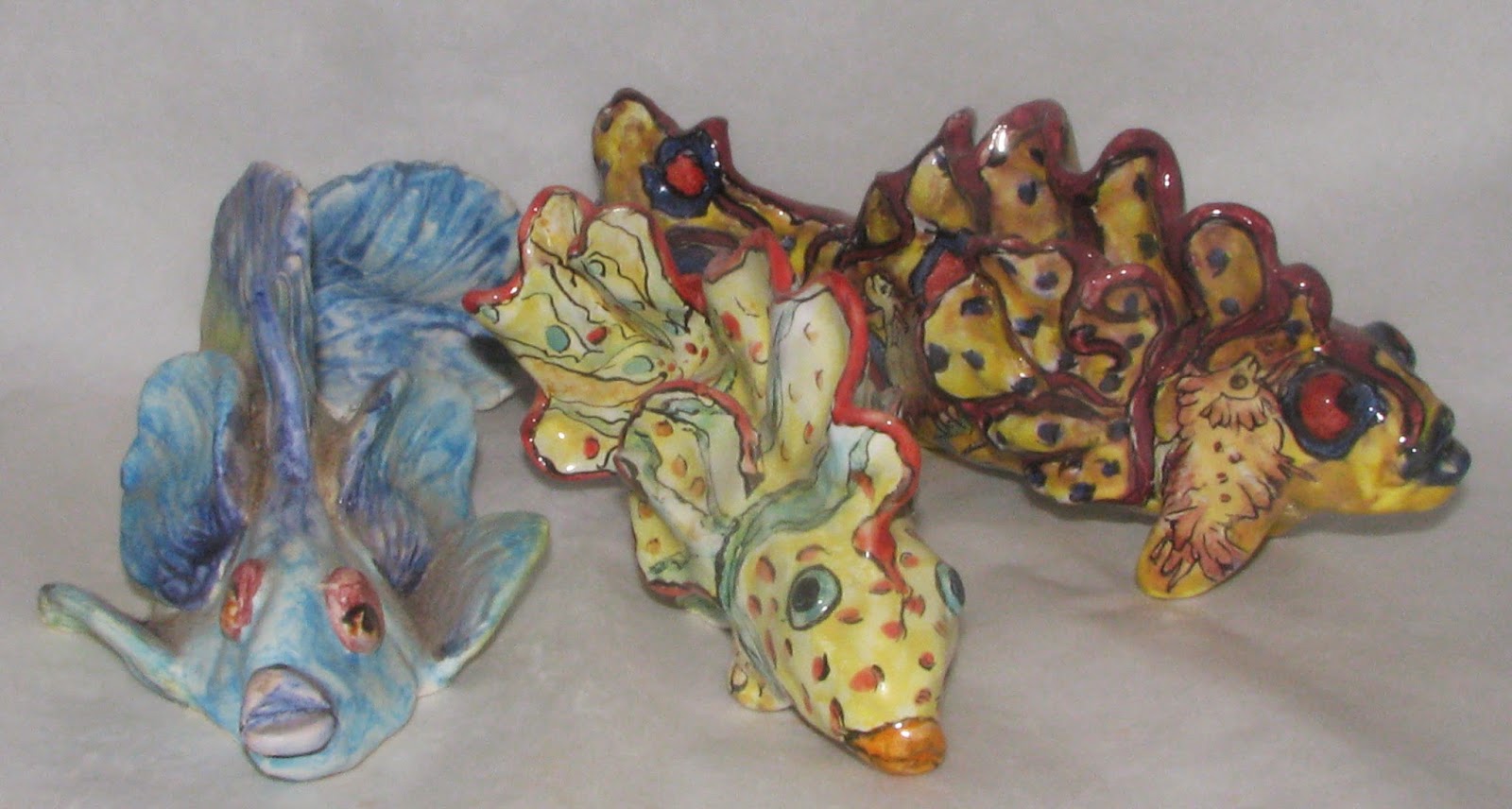 After all that about clay fish I had to put in a photo of the real guys.  A couple of dollars worth of fingerlings has certainly paid off and brought us much enjoyment.  These were supposed to be the trial fish to see if we could manage them.  If they keep having babies we may have to give some away!  That's a far future worry! 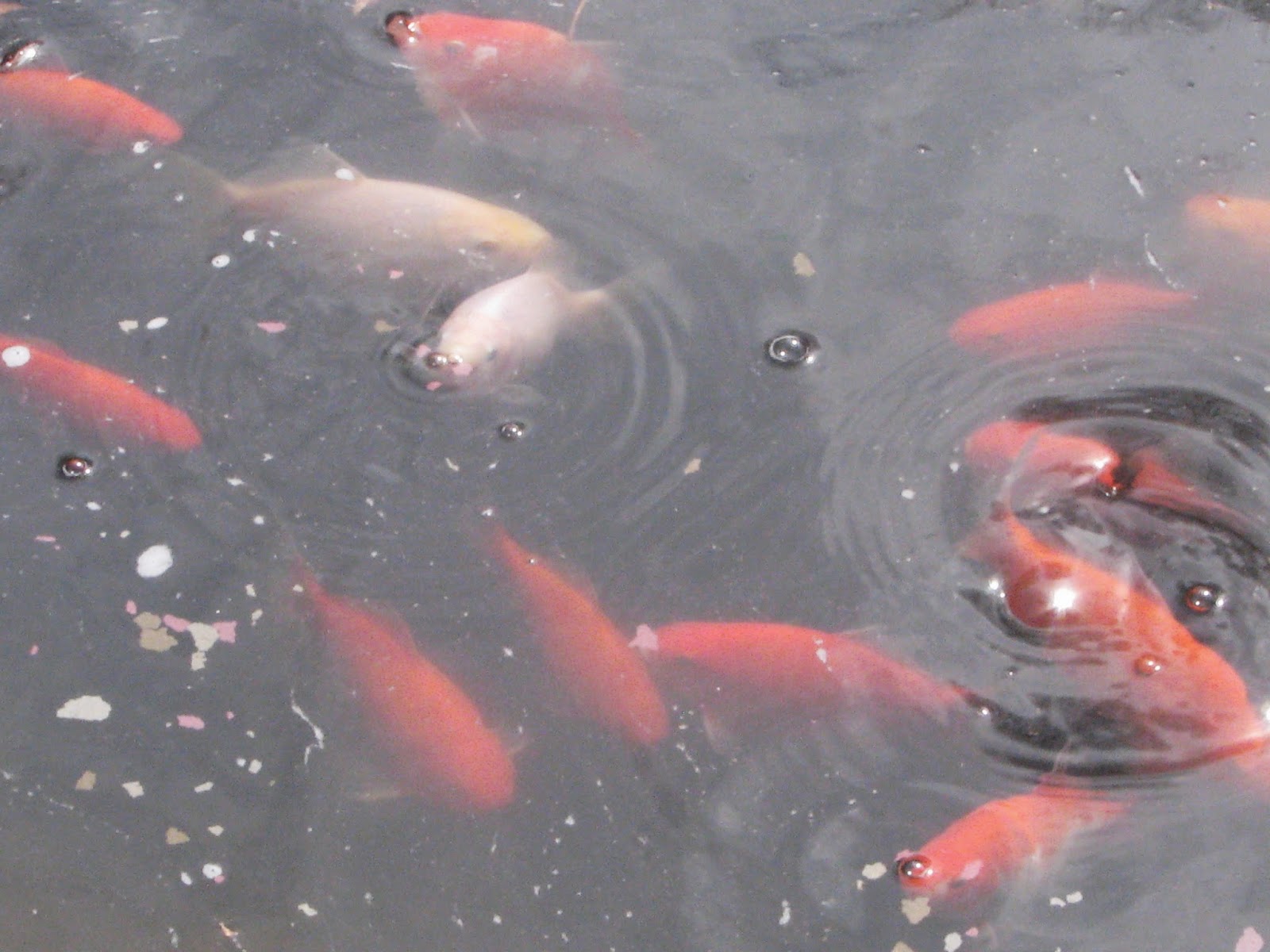 This post will be on Sunday Ceramics #11 and Mud Colony and my own site (suzi caswell and, yes, someday I will put up a link) on Facebook.  Look around and see what's cooking in the world of clay!

Enjoy spring, or fall as the case may be. 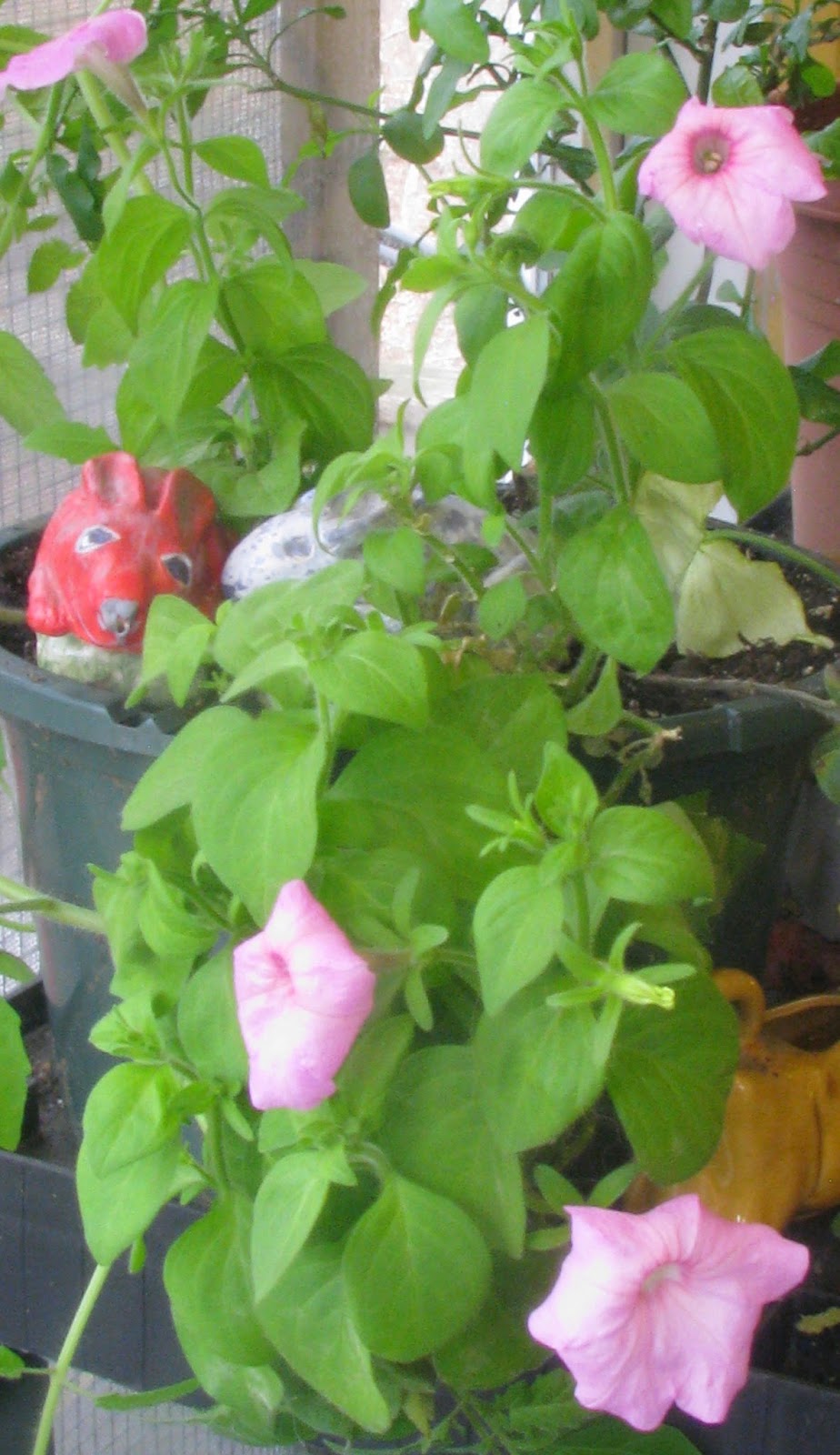 Posted by smartcat at 12:20 PM 10 comments:
Email ThisBlogThis!Share to TwitterShare to FacebookShare to Pinterest
Labels: bunnies in petunias., wordless wednesday

Two years ago today we drove to Connecticut to look at a rescued litter of half corgi pups.  The woman said to her co-worker "They've come to look at 'Stella'."  We took one look at a very small pup in the back of the stall and said, "No, we've come to take 'Stella' home."

We quickly renamed 'Stella' Winter. (We had no desire to be calling "STELLA!" after a lost pup.)   She has been a delight to us ever since.

These are the daffodils she posed among that first day. 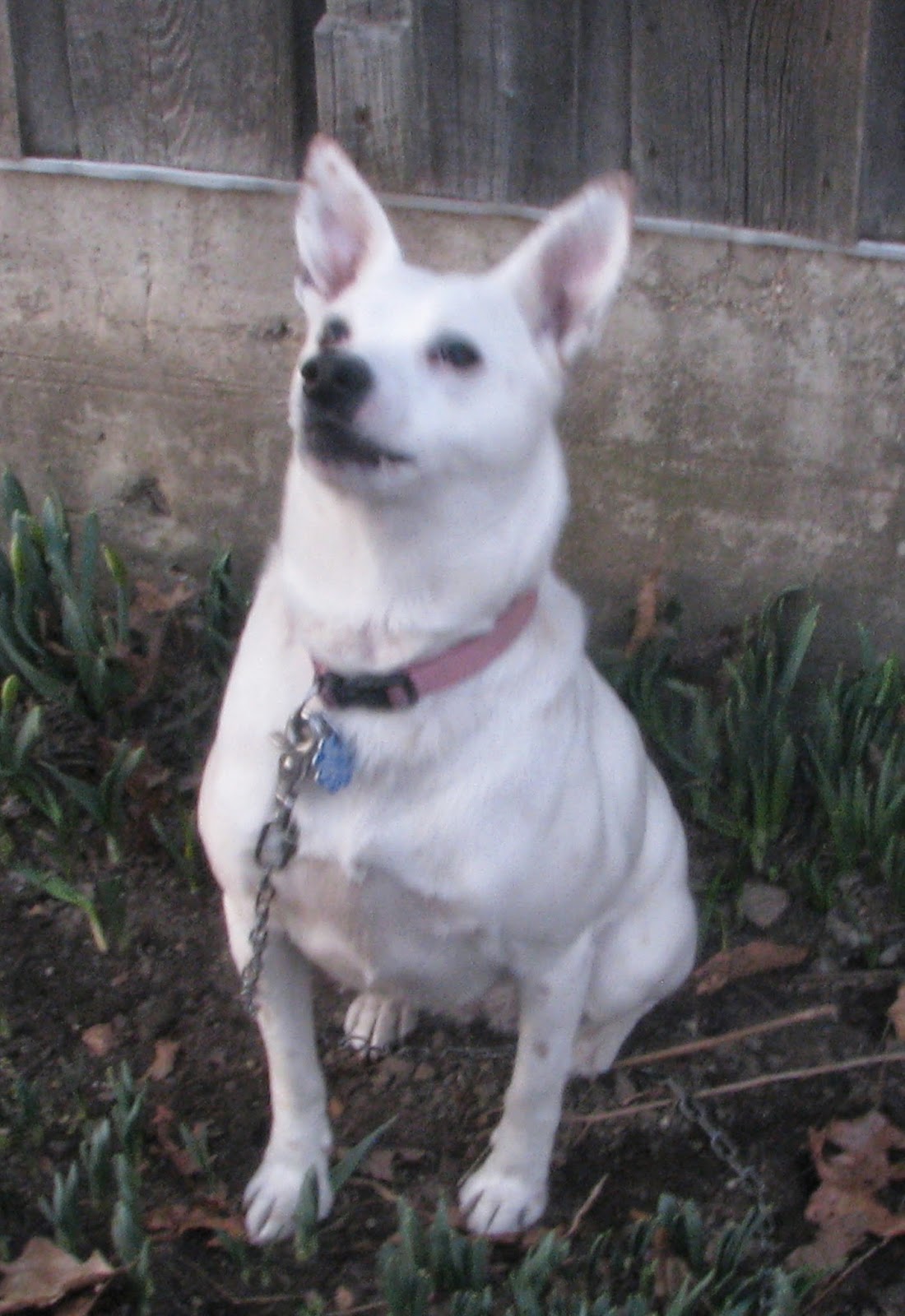 It's a far cry from the day we brought her home.  That week end was abnormally warm, but we generally have a few blooms by now.  Not this year! 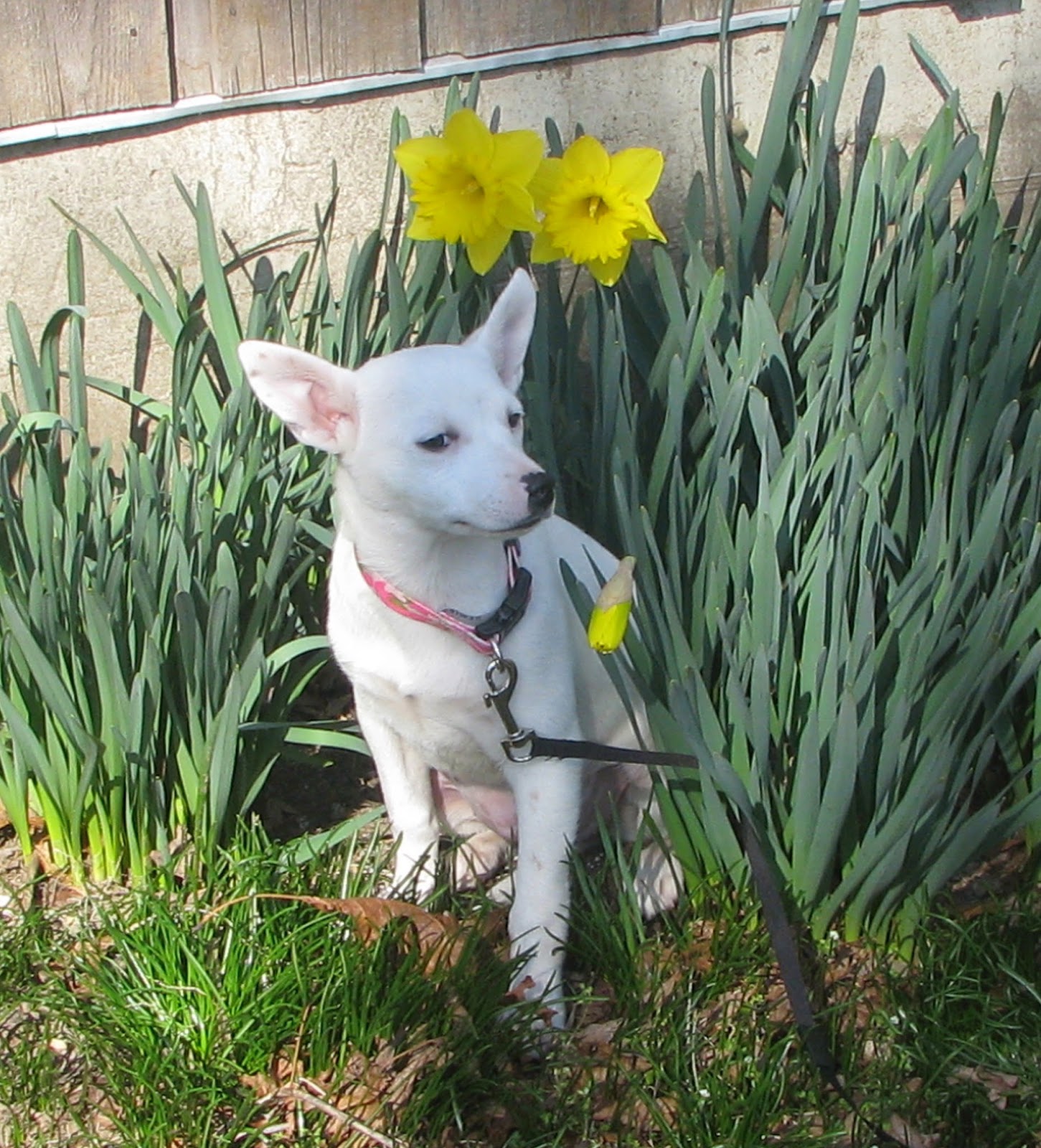 I have written about starting a group on Facebook to be called Monday Mugs.  That was before I found a terrific group called Mugshot Mondays.  It would be redundant to start another page with the same subject. 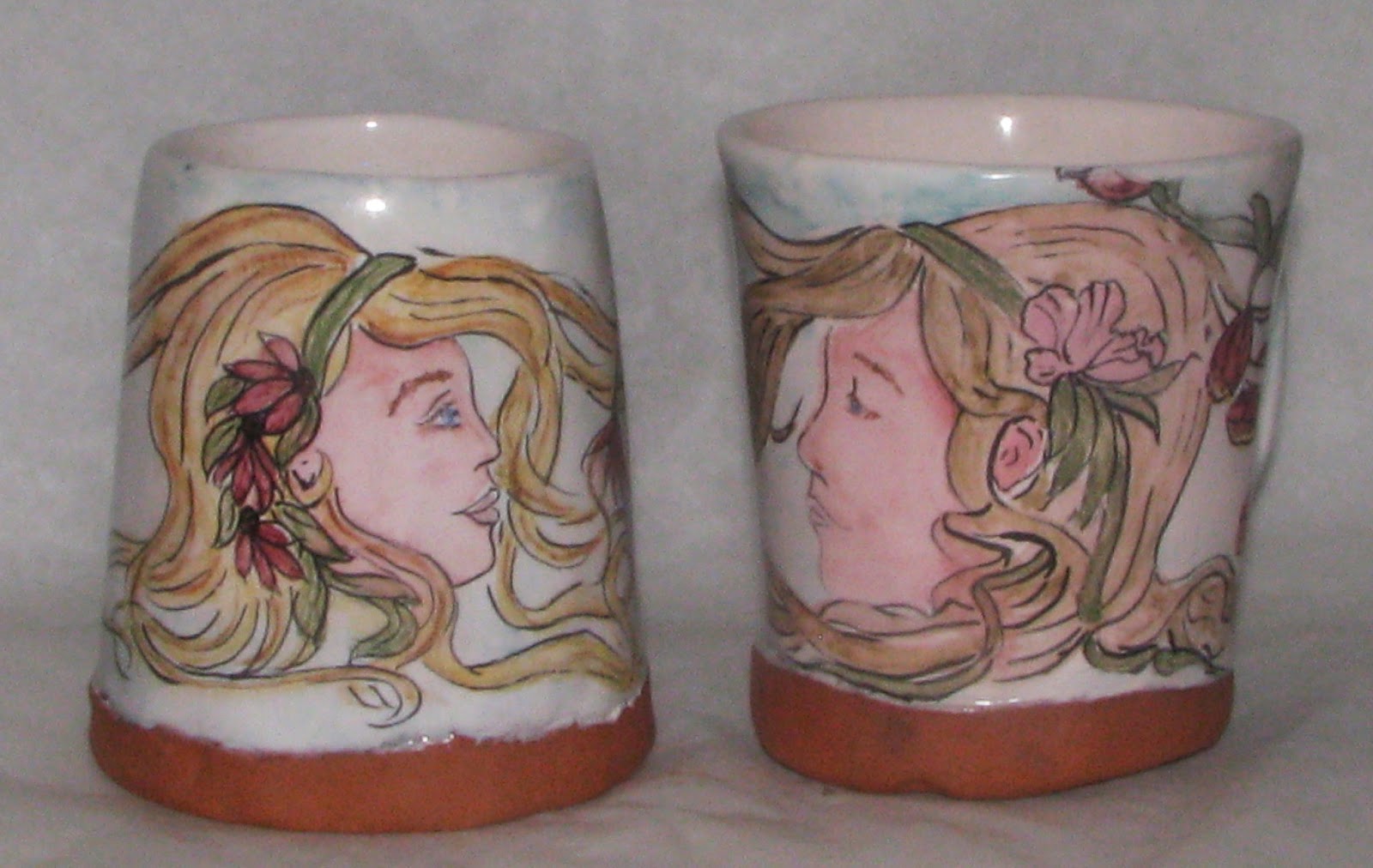 This is a pair of mugs I did with decoration inspired by Mucha.  Proge has adopted the one on the left as a beer mug.  I gave him a choice after I broke a favorite beer glass.  He likes the narrow opening and the way the clay is thick enough to keep the beer cool.

Go over to Mugshot Mondays on Facebook to see a lot of interesting mugs.  I still find much of Facebook confoosin'; eventually I will get the hang of it, but really, I like my blog better!

The weather has gotten cold again.  The high today was 30F..  It's predicted to go down to 12 tonight and be cold agin tomorrow.  Hopefully things will start warming up a a bit in a few days.

Enjoy spring, if it has come.  As always, thanks for stopping by........*s*
Posted by smartcat at 7:13 PM 22 comments:
Email ThisBlogThis!Share to TwitterShare to FacebookShare to Pinterest
Labels: cold, mugs, Mugshot Mondays, Winter now & then

Two views of a planter I did last summer or so.  It's about 16 inches high and 6 & 1/2 inches across.  It's a ^04 white earth that I once fired.  I wanted to keep the decoration simple.  If things get too complicated it overwhelms the plants and flowers it's supposed to enhance.  I used yellow because it's a fairly neutral color for flowers.  This yellow is way too strong;  I wanted something much lighter.  The rims look pasted on (well, they are added, I just don't want them to look that way!) Some of the green vine on the yellow may have solved the problem.

I finally got around to firing this around Christmas.  The height always made it awkward to fit into my kiln.  I want to do more of these.  Next time I'll do enough to fill a kiln shelf.  That should give me about a half dozen to fool around with. 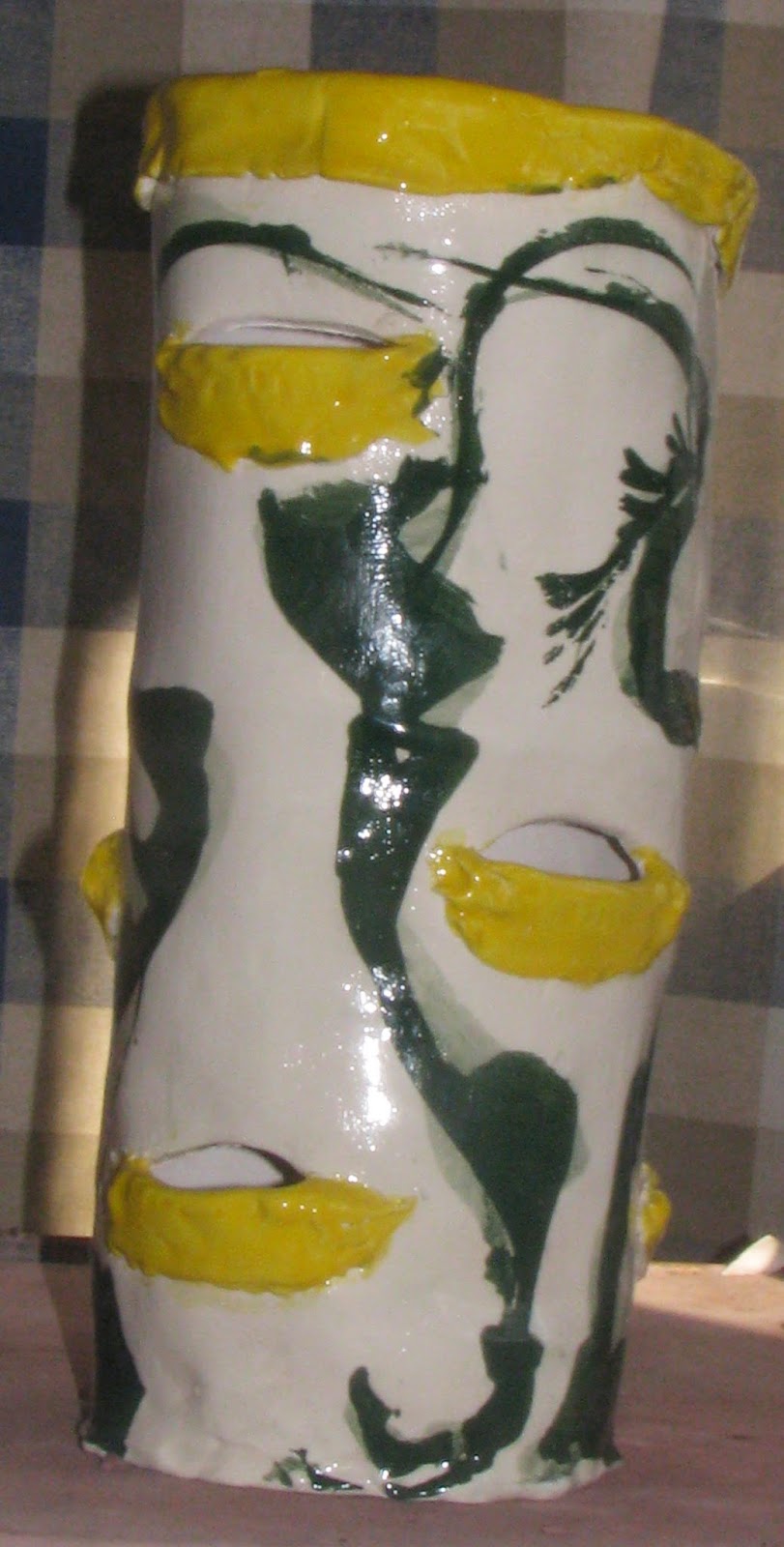 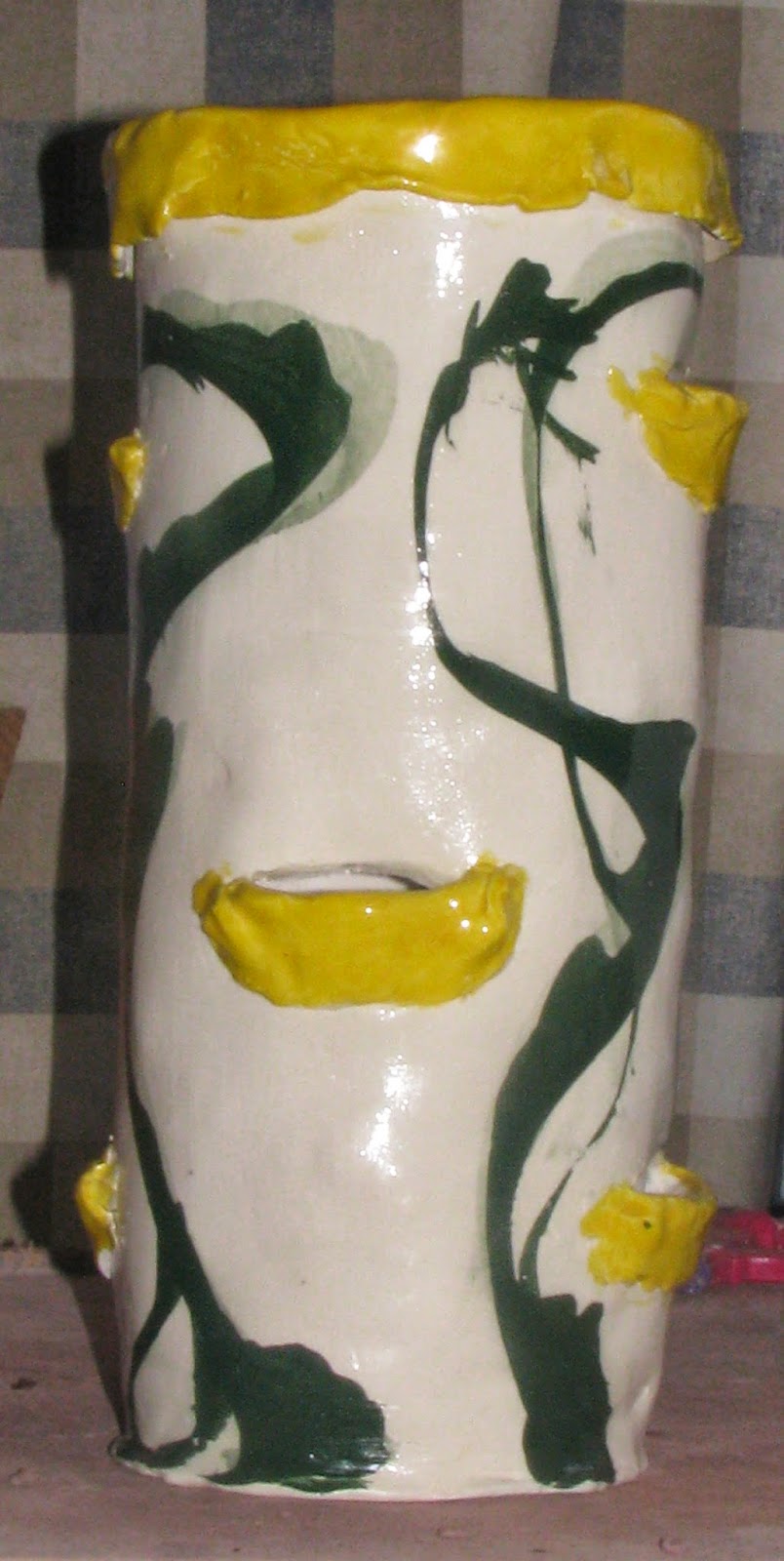 In a few more weeks I should be able to get some pansies to put in it.  I'm never really happy with planters until they are planted.

It's been in the high fifties and sunny today.  I even went so far as to clean the leaves out of the daffodils.  This may have been a mistake as the temps are supposed to drop tonight and possible snow on Monday.  At least we've had a great day today.

This will be on Sunday Ceramics #10 and on Mud Colony on Facebook.

Enjoy the coming week and, as always, thanks for stopping by.........*s*
Posted by smartcat at 5:14 PM 10 comments:
Email ThisBlogThis!Share to TwitterShare to FacebookShare to Pinterest
Labels: mud colony, planter, Sunday Ceramics

This is a Banaffee Pie, a recipe I discovered last summer.  I haven't quite decided what today's pie will be, but I'm leaning toward Shoo Fly Pie.

The pie dish is one that my sister gave me many years ago.  She bought it somewhere in Maine.  It's salt glazed and a perfect size for pies. 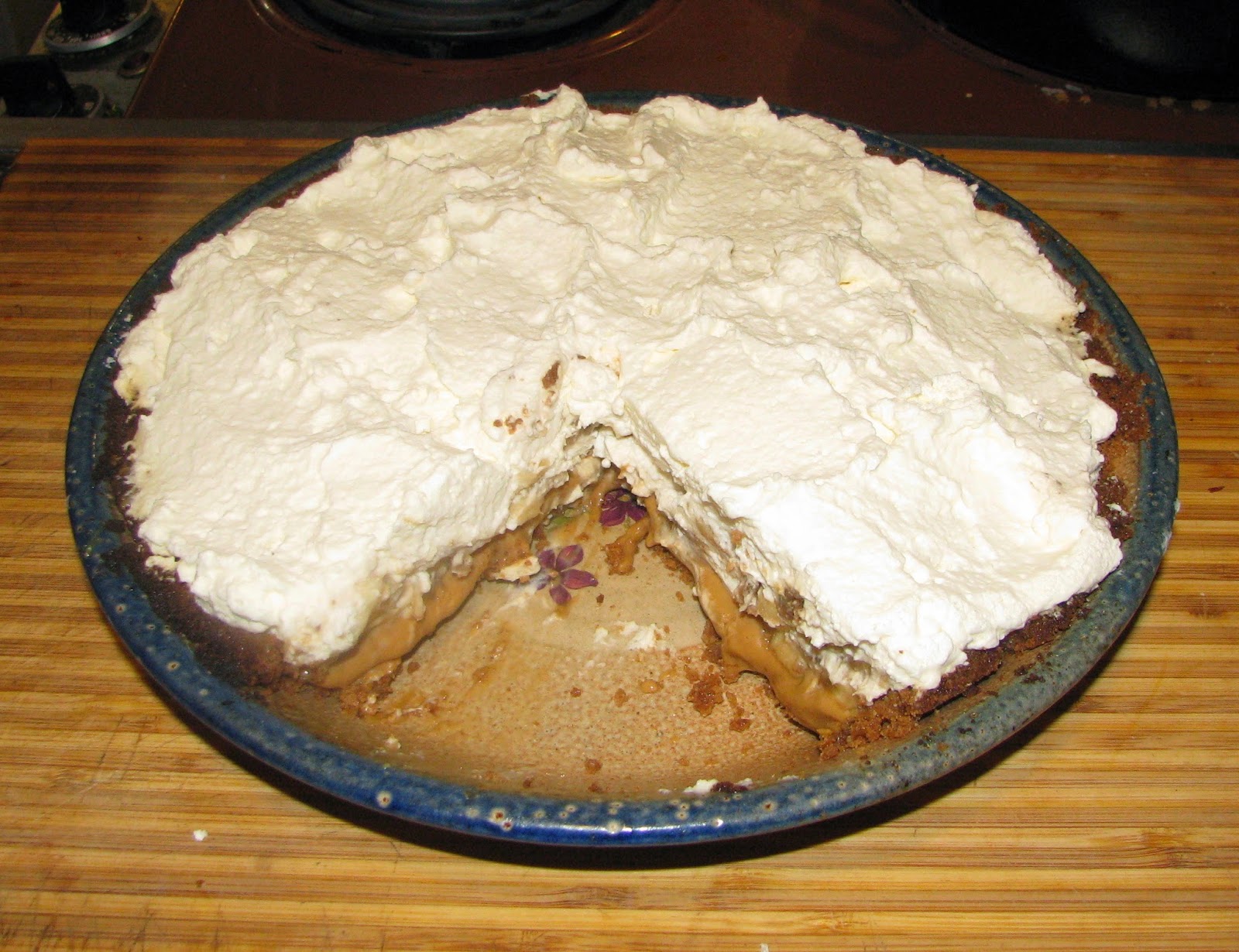 We spent last several days outside, enjoying sunny weather in the fifties.  Proge has been barbecuing since Saturday.  Yesterday we woke up to twenty degrees, wind and snow.  Today is still going to be cold.  I take comfort that I don't live further north. Go to the weather site to see snow in the north in March.  I imagine ski areas are ecstatic! 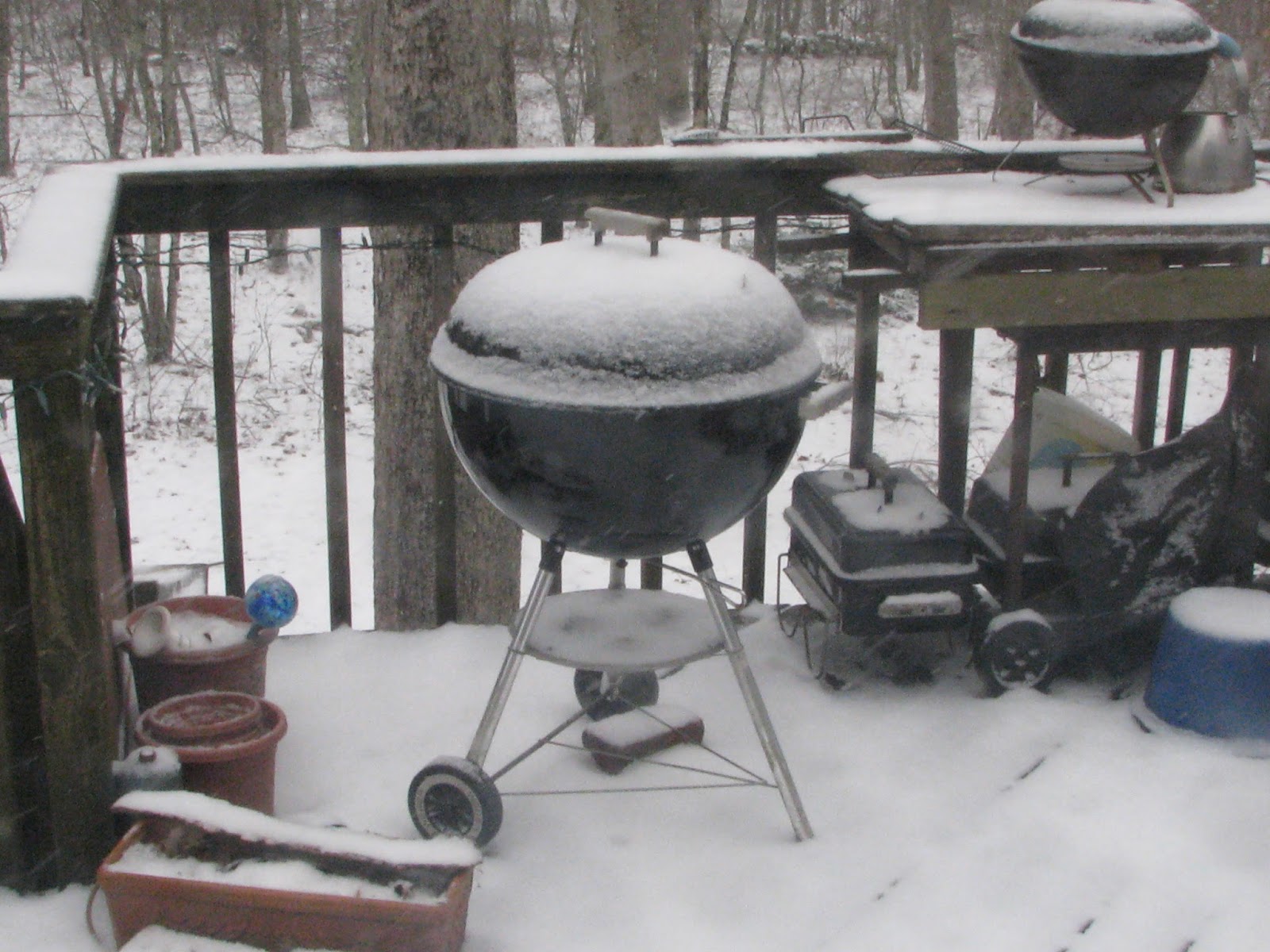 Last, but certainly not least, I huge thank you for all the kind thoughts and comments on the death of my brother, Bob.  In some ways it feels like he's off on one of his cruises.  Indeed, if he were still going strong he would be on his long planned round the world cruise.

It does feel strange to be the oldest in the family.  Does that make me the Matriarch?  Hmmmmm......we'll see, grasshopper; we'll see.....

Enjoy the week end.  It's supposed to start warming up. Yay!

As always, thanks for stopping by...........*s*
Posted by smartcat at 10:07 AM 10 comments:
Email ThisBlogThis!Share to TwitterShare to FacebookShare to Pinterest
Labels: pie day, thanks, Weather

I mentioned  in January that my older brother was terminally ill.  Since that time he went to live with his daughter in upstate New York.

Sadly he died yesterday a month short of his 82nd birthday.  I say sadly, but there comes a time when letting a loved one go is what is best.

I will miss my big brother.  Now that both my oder brother and sister have gone I feel like I've lost a second set of parents. 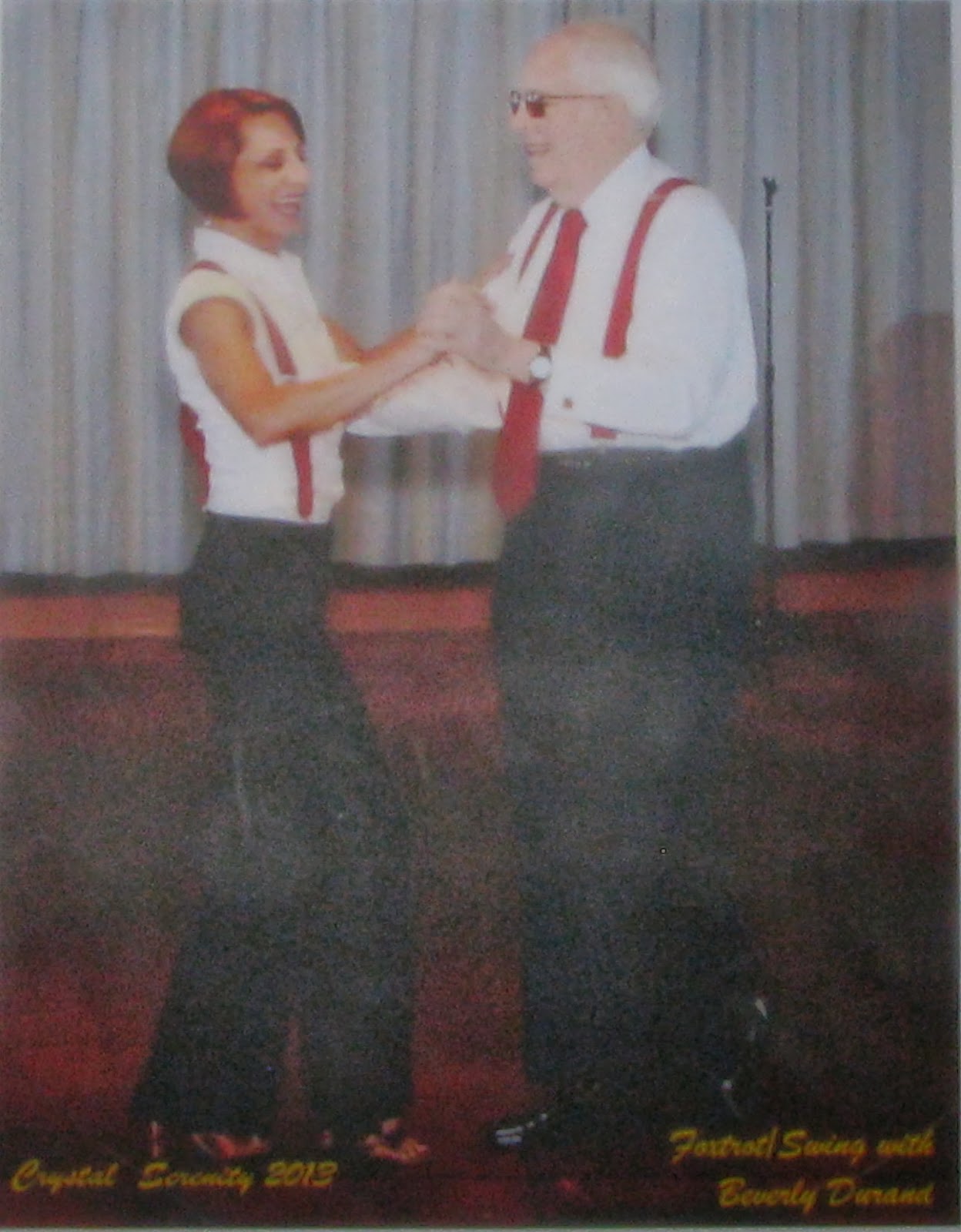 Posted by smartcat at 9:09 AM 16 comments:
Email ThisBlogThis!Share to TwitterShare to FacebookShare to Pinterest
Labels: death of RWC

In the old USSR there was an award or medal for Hero Mothers.  These were mothers who had large families or lost children in a war.

Which leads me to HERO POTTERS.  These are the potters who have given huge amounts back to the clay community in addition to a body of work that makes a genuine statement.

My first Hero Potter is Robin Hopper.  The man is a walking encyclopedia of knowledge.  If you have a problem chances are he has covered it in one of his bookd 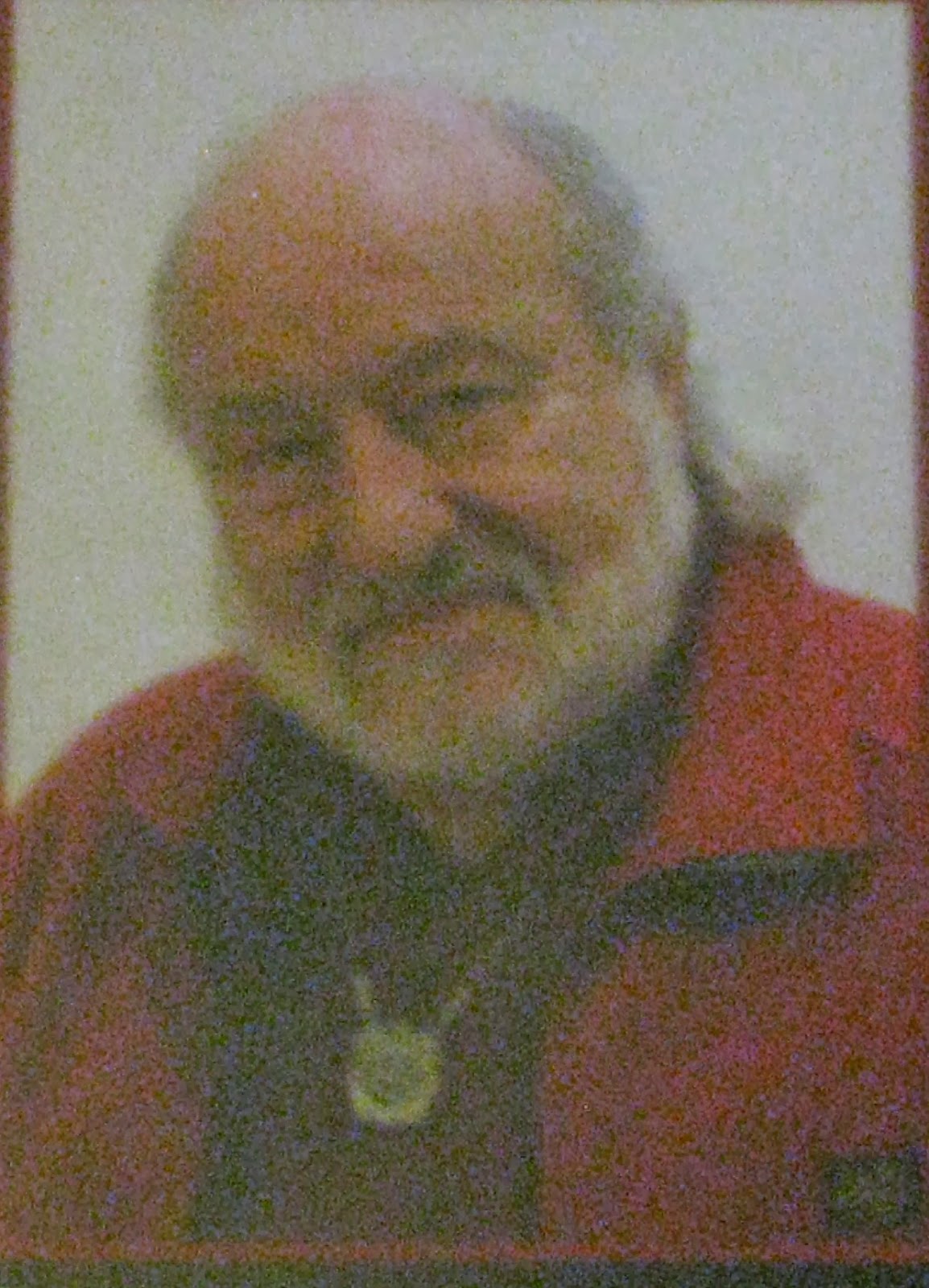 Making Marks is one of my go to books when I need information about working on a clay surface. 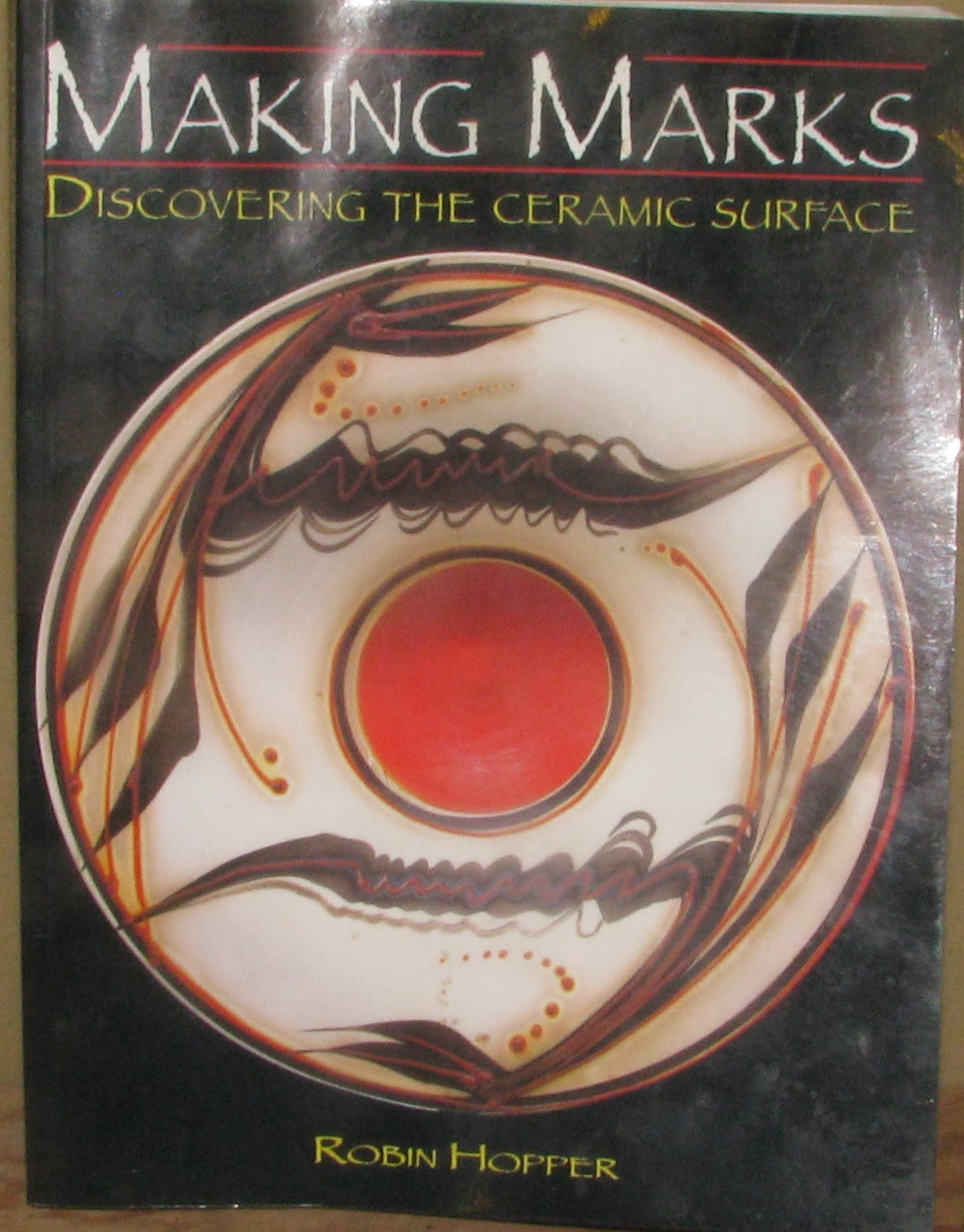 Robin Hopper Ceramics is an overall view of his life and work.  I find both invaluable.  Plus they have wonderful, informative photos! 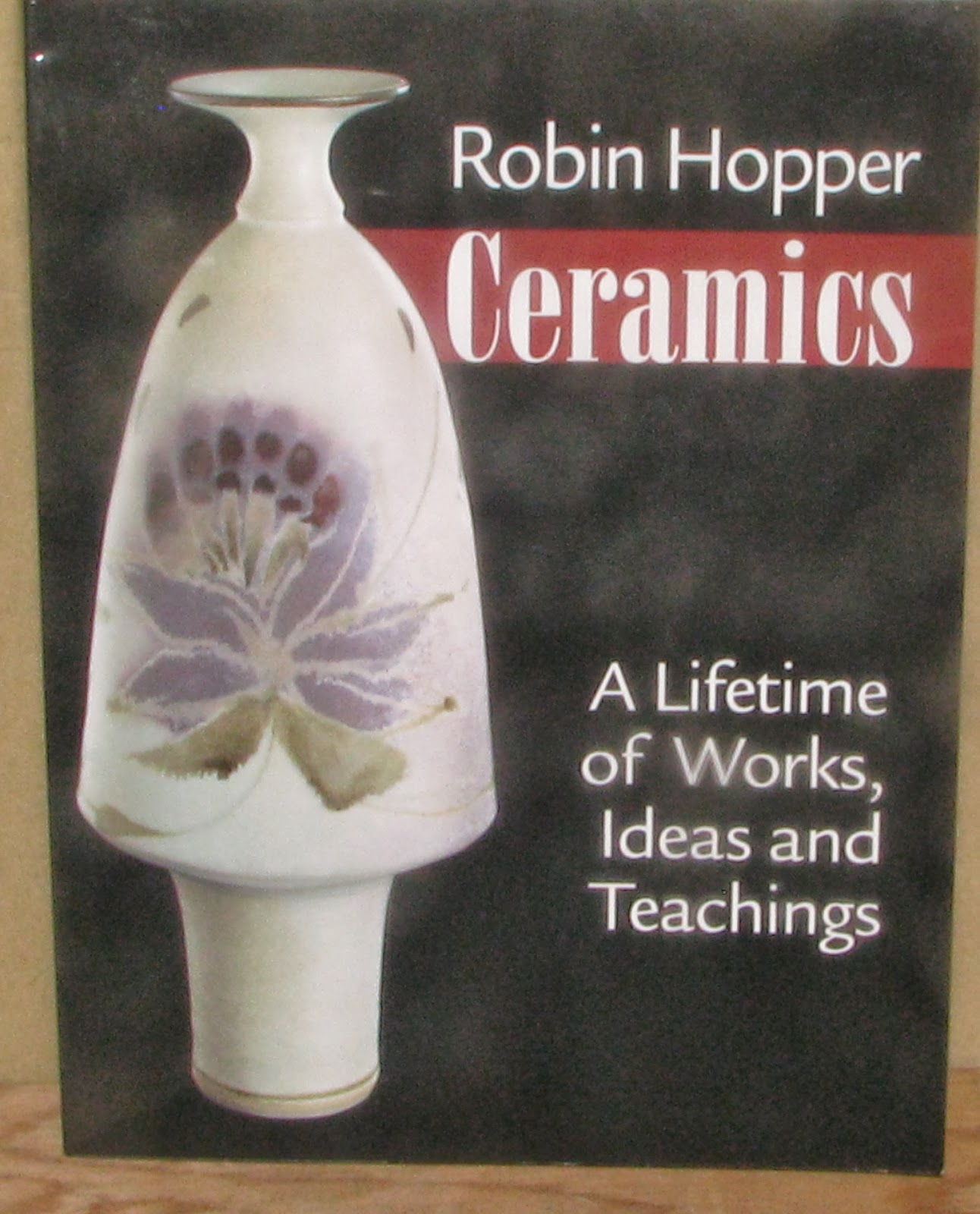 So!  Who are your Hero Potters?  Do you have any?

This post will be linked to Sunday Ceramics;  I will also put a link on Mud Colony.